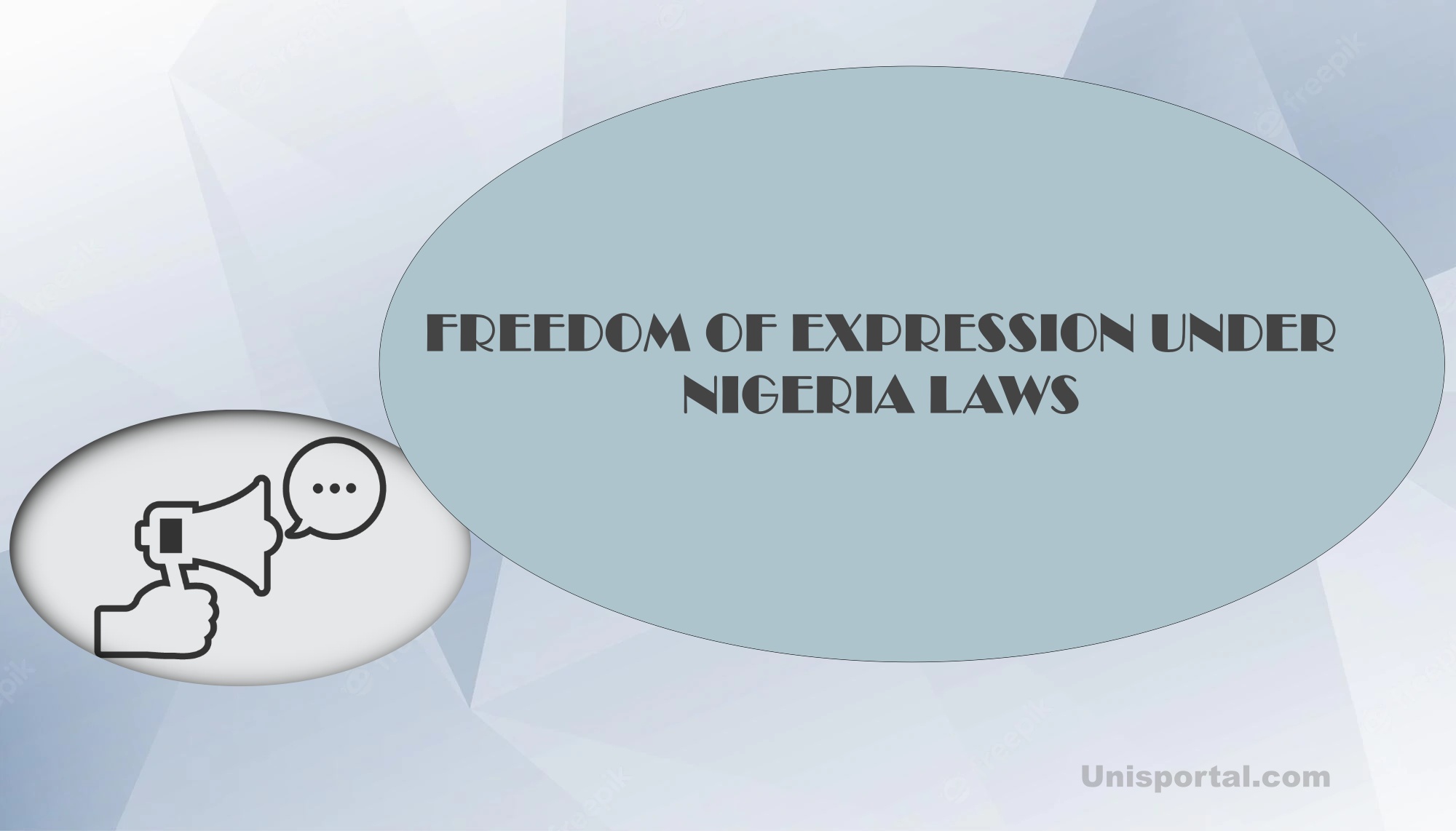 The right of expression and the press as a fundamental human right in Nigeria is one of the inalienable rights a citizen can enjoy by virtue of the fact that he is a human being, It could be traced to the 1960 Independence Constitution and subsequently those that followed it.

The provision of human rights in our constitution was geared toward creating a society that protects political freedom as well as the social and economic well being of Nigerian.

However, section 39 (1) which provides that “Every person shall be entitled to freedom of expression including freedom to hold opinions and to receive and impart ideas and information without interference” has been curtailed in both the military and civilian regimes with a lot of limitations which prevents the concept of freedom of expression and the press from being enjoyed well in our country, Nigeria.

Purpose Of Freedom of Expression

The purpose of this post is to help the masses to know their rights when it comes to the Right to freedom of expression and the press and possibly the way to enforce it when there is a breach of that right.

The limitations to the right to freedom of expression and the press are also considered and the practical relevance of social justice in the enforcement of this right in Nigeria also forms part of the Study. The doctrinal method of research was adopted in this work.

This research work observed that some provisions of the Penal Code on sedition are couched in such a general language that portends the likelihood of being abused by persons in authority.

It also observed that the supervisory power given to the minister of information under the National Broadcasting Commission Act are too wide and are capable of occasioning injustice to the extent of downplaying the right to expression of those media/communication outfits whose policies are not in agreement with that of the government of the Federation.

The paper concludes by suggesting that there is a need to amend our statute books on the offence of sedition and that government should put in place sound regulation to ensure the entrenchment of morals in all means of information and communication.

There is also the need for the government to support the independence of the National Human Rights Commission to enable it to achieve its laudable objective.

I hope this article helped you?

This website uses cookies to improve your experience while you navigate through the website. Out of these, the cookies that are categorized as necessary are stored on your browser as they are essential for the working of basic functionalities of the website. We also use third-party cookies that help us analyze and understand how you use this website. These cookies will be stored in your browser only with your consent. You also have the option to opt-out of these cookies. But opting out of some of these cookies may affect your browsing experience.
Necessary Always Enabled
Necessary cookies are absolutely essential for the website to function properly. These cookies ensure basic functionalities and security features of the website, anonymously.
Functional
Functional cookies help to perform certain functionalities like sharing the content of the website on social media platforms, collect feedbacks, and other third-party features.
Performance
Performance cookies are used to understand and analyze the key performance indexes of the website which helps in delivering a better user experience for the visitors.
Analytics
Analytical cookies are used to understand how visitors interact with the website. These cookies help provide information on metrics the number of visitors, bounce rate, traffic source, etc.
Advertisement
Advertisement cookies are used to provide visitors with relevant ads and marketing campaigns. These cookies track visitors across websites and collect information to provide customized ads.
Others
Other uncategorized cookies are those that are being analyzed and have not been classified into a category as yet.
SAVE & ACCEPT
Go to mobile version